Imagine meeting someone on Craigslist to conduct a camera purchase and then forming an incredible friendship that eventually takes you to Greece to document a wedding. This is also a testament about not being afraid to celebrate others and being a cheerleader when you see how amazingly talented an individual is. I can go on and on about my great friend Stanley, but this blog is about my experience in Greece.

Our trip commenced in Miami where we traveled to Charlotte on the first leg of our trip and then the brutal nine (9) plus hours flight from Charlotte to Athens. Upon arrival into Athens, the third and final leg was about a four (4) hour bus ride from Athens to Porto Heli where we’d meet the bride, groom and members of the family at the luxurious Amanzoe Resort. After the meet and greet, we watched the rehearsal and then toured the hotel.

We spent the first night at Sunny Place Hotel where we met the owner Vaggelis Chris. He was such an amazing host; he advised it was harvesting season for the olives and most of the locals migrated to Athens around this time of year for vacation. In short, there were very few people in town; truthfully, we probably encountered a maximum of ten (10) locals during our stay in Porto Heli. Chris was amazing; his property had pomegranates growing throughout and a breathtaking view of the sun setting behind the mountains. He ensured my Plant-based needs where met by recommending the only open restaurant in the area. The following morning, he prepared a wonderful breakfast loaded with fruits, toast and other local treats. I was so moved by this gesture that I decided to conduct a shoot of his beautiful property to showcase how amazing it truly is. Chris and I have remained in contact and I hope to visit his hotel again in the very near future. 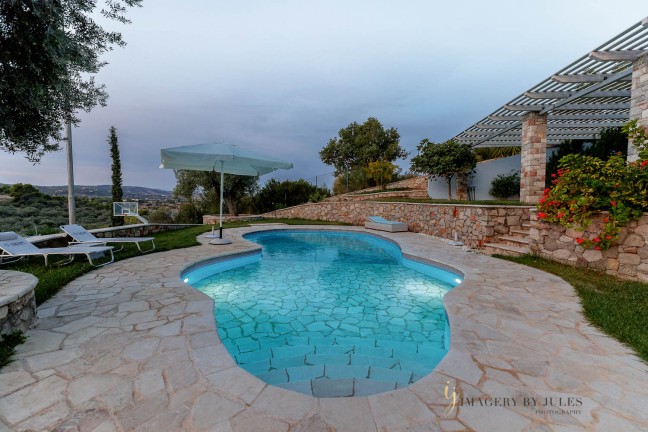 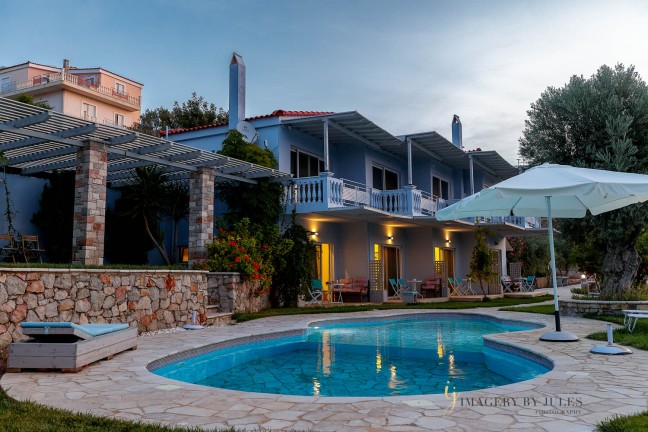 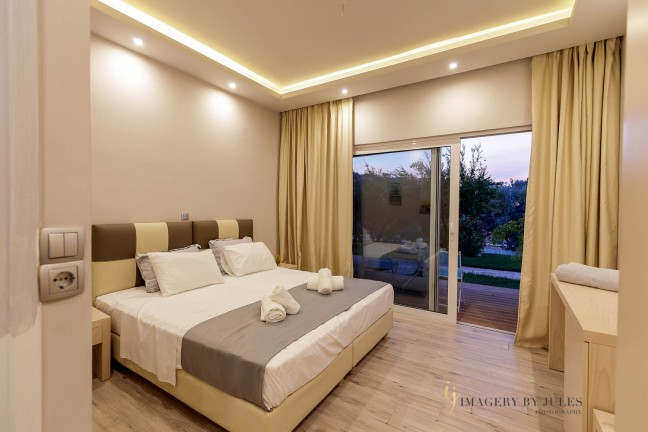 The remainder of the time in Porto Heli was spent at the Amanzoe Resort positioned on a Peloponnese hilltop. The property has a 360 degree view of rolling olive-tree hillsides and of the Argosaronic Gulf. Simply stated, luxury overload! Upon entering the property, you  are greeted by stately colonnades with formal gardens, lofty ceilings and private pool-sides. The property is an amazing blend of contemporary elegance and classic Grecian design. Our room was approximately 1500sqft with a 180 degree view of the Mountains. It included two bathrooms, a freestanding living and dining room pavilion positioned around a central heated infinity swimming pool. The property lacked nothing! Food was divine; there were several plant-based options. In the event we became bored (not likely) and wanted new scenery, the property offered bicycles which permitted us to take a ride downhill to the beach or call for a complementary car. Would I want return to Amanzoe? Absolutely, but would my pockets scream bloody murder; yes, probably three times over. Luxury isn’t cheap, but it sure was an amazing experience. 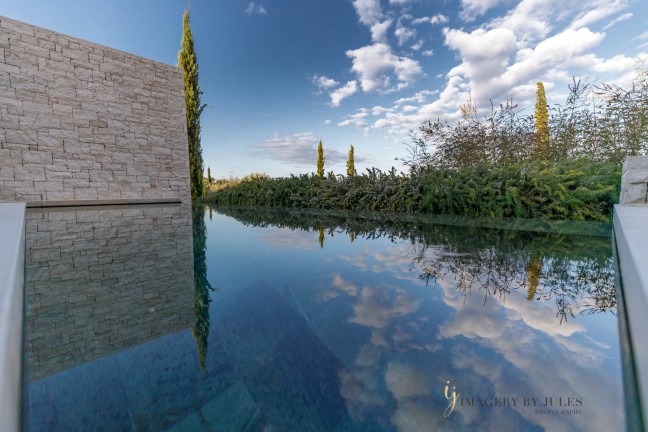 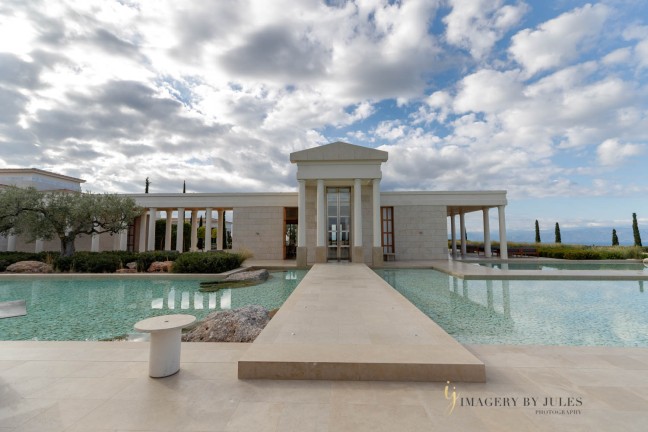 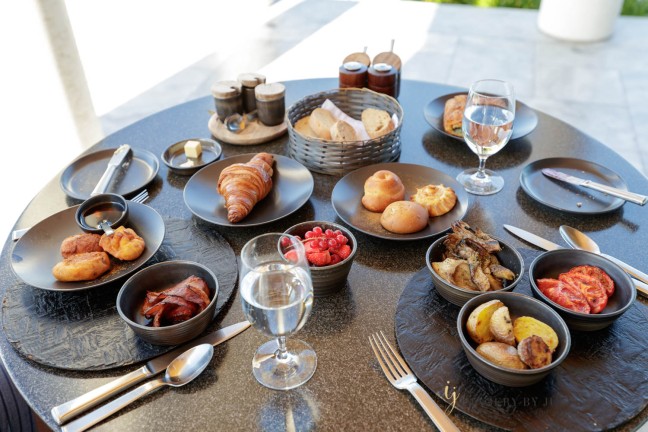 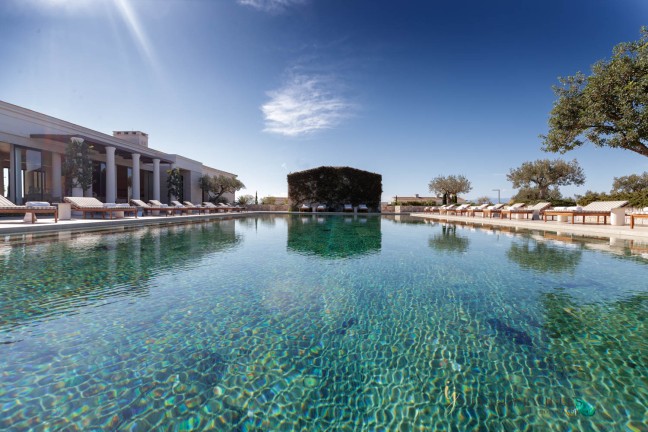 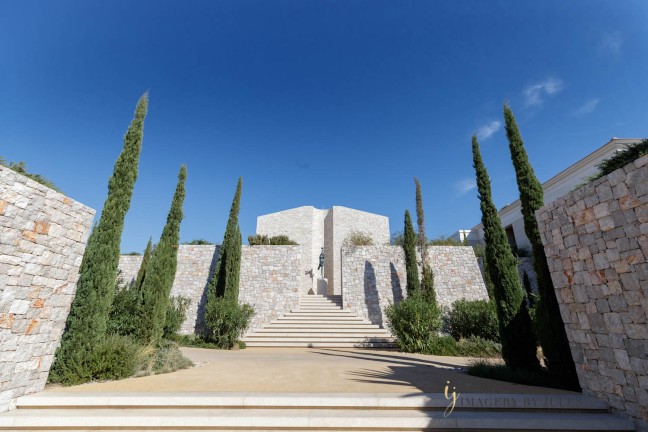 Now you maybe asking yourself, how can the Amanzoe experience be topped? Well, hop on a short 50.00 Euro 45 minute flight or take a five (5) hour Jet ferry which stops at each island. The second option is great if you have time to burn, but do your research to ensure you select the best ferry company. So to start, PACK LIGHT! We arrived in Santorini at night and our host had a gentleman meet us to carry our luggage. Keep in mind, we each had a checked bag, a carry on and a backpack. So who’s bag do you think the gentleman carried, Stan’s off course. He placed the luggage on his head and took off walking at a jogging pace.  As you’ll see from the photos, Santorini has millions of winding stairs and guess where our bungalow was; yes, at the VERY BOTTOM. Well, not really at the bottom, but a million steps later. The damn guide was almost impossible to keep up with despite the luggage being on his head. It was difficult to navigate walking down, so keep in mind what it was like travelling back when it was time to leave. I say all of this to say, be strategic! DO NOT OVERPACK! We stayed in Oia, Kikladhes; our cottage had the MOST amazing views from every corner. There were loads of food options even for me. I had dinner at a really nice restaurant the first night, but be mindful that some establishments allow smoking within. The area is picturesque even at night; after dinner, the moon was so full and the landscape beautifully lit so I had to snapped a quick photo. The following morning’s sunrise left me breathless and that was only from the view of the bedroom windows. We must have walked a minimum of twenty (20) miles exploring the area for the day. We had amazing weather and as previously stated; this was low season. There was literally a handful tourist which made it great for photography. Everything in this place was picturesque; the gates, the doors, buildings, the bi-colored eyed dog, people sitting atop buildings, the list goes on and on. EVERYTHING can literally be turned into wall art. We rented ATVs and ventured from Oia down to Perissa known for it’s black sand beaches. The sand was actually small black gravel like stones. The highlight of our trip was actually being chased by an angry old lady who wanted nothing to do with tourist who were attempting to take photos near her area. Based on the way she pointing and swinging the broom, it was clear that she was screaming, some pretty profound things.  In short, this was one of the best experiences so far. 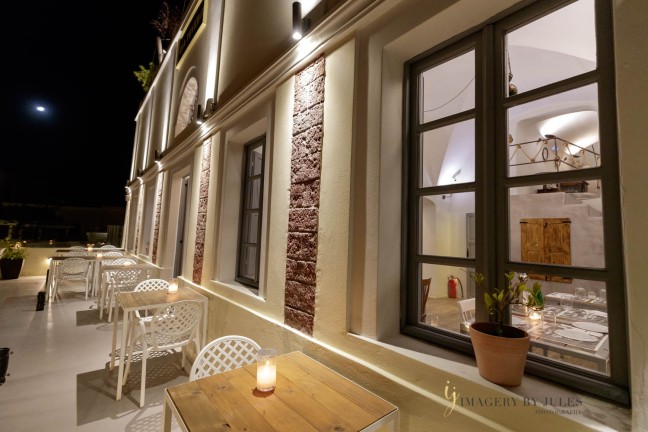 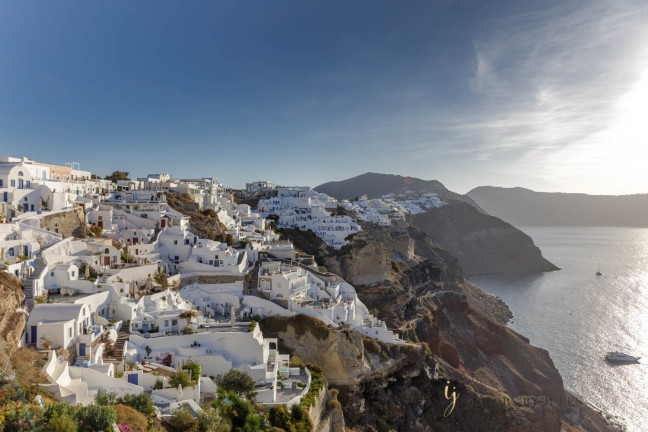 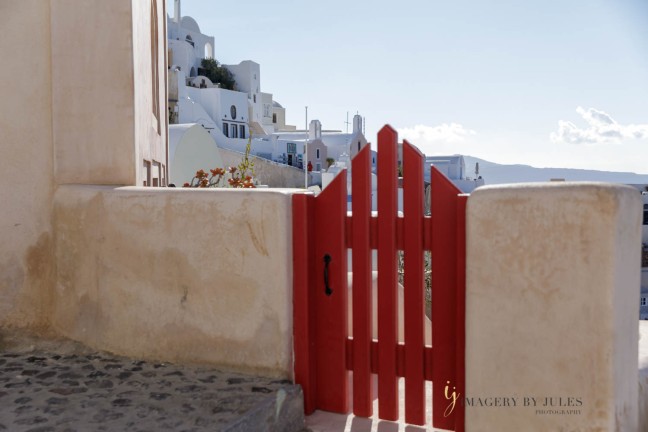 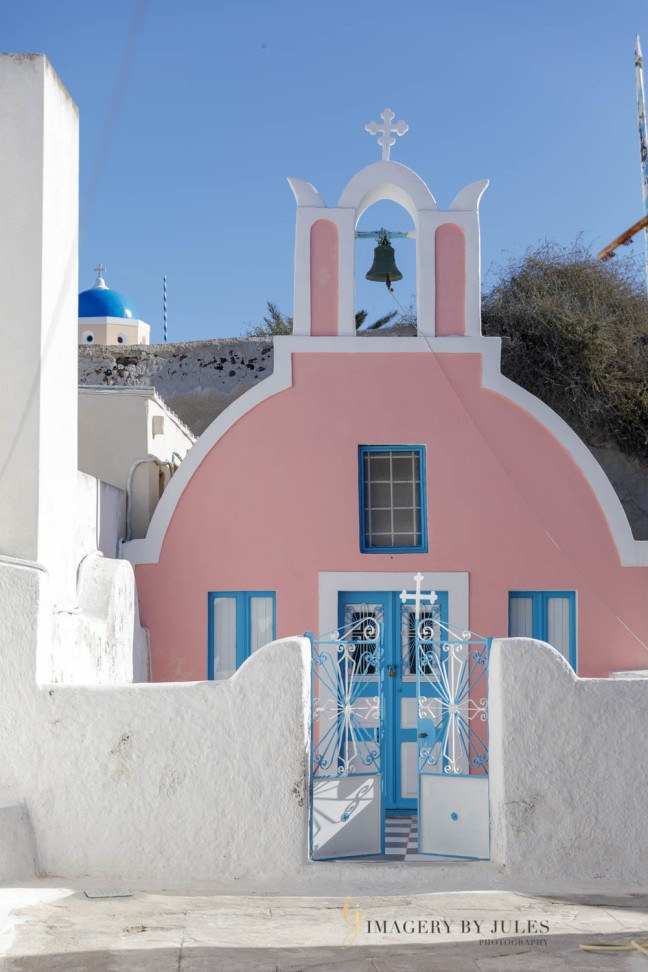 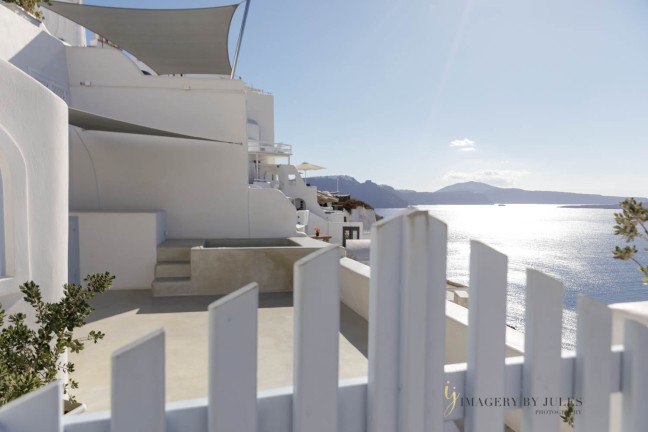 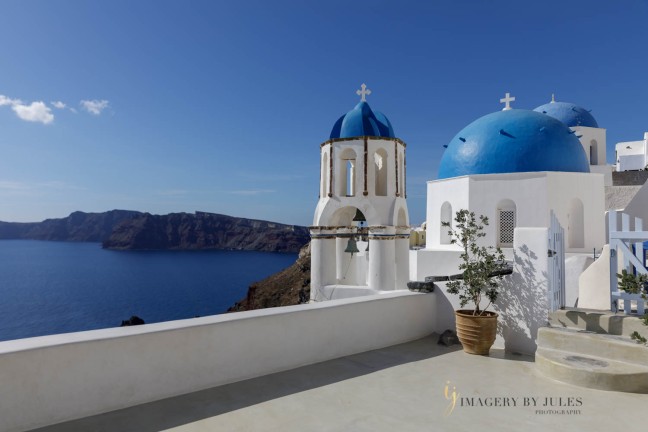 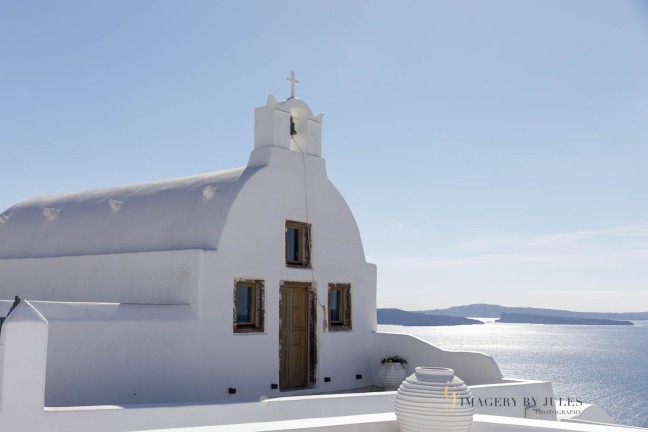 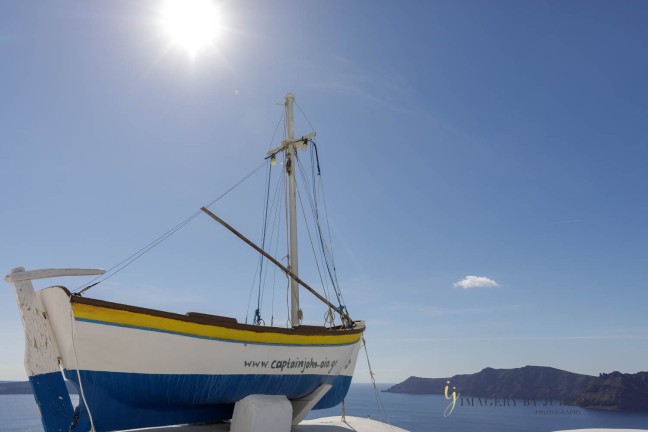 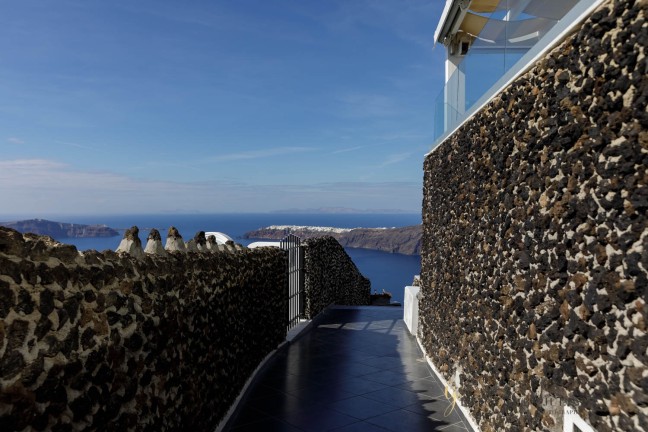 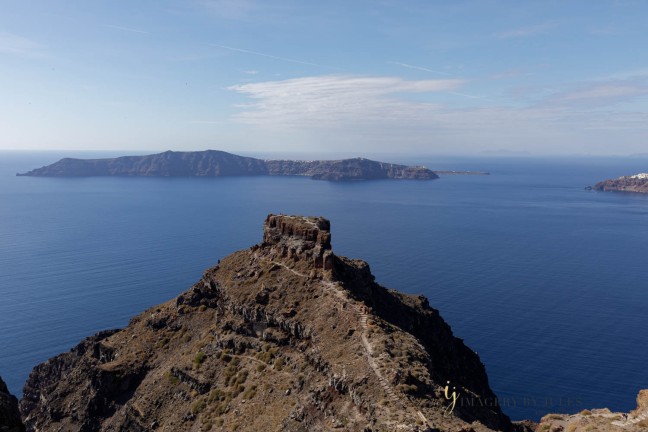 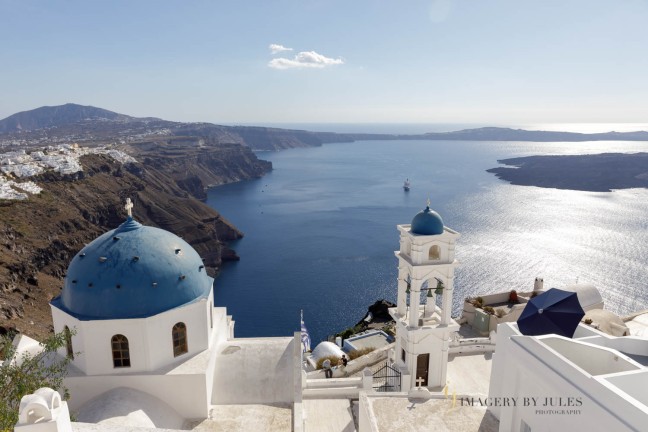 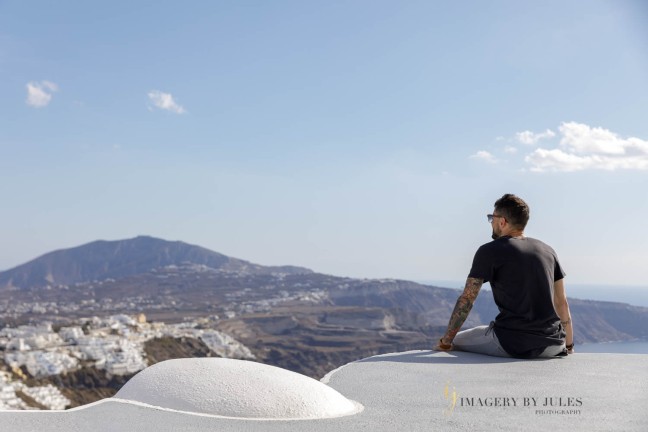 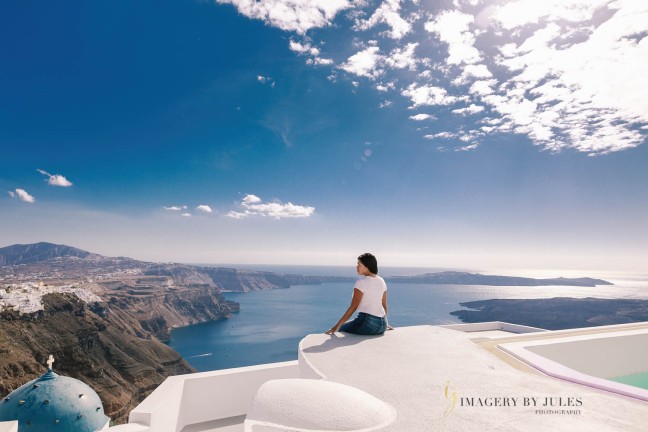 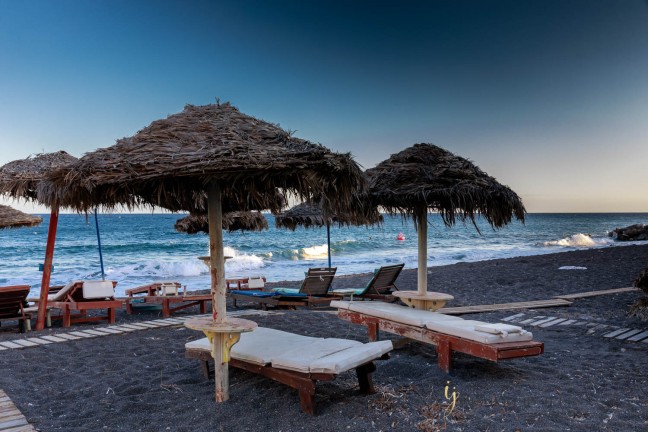 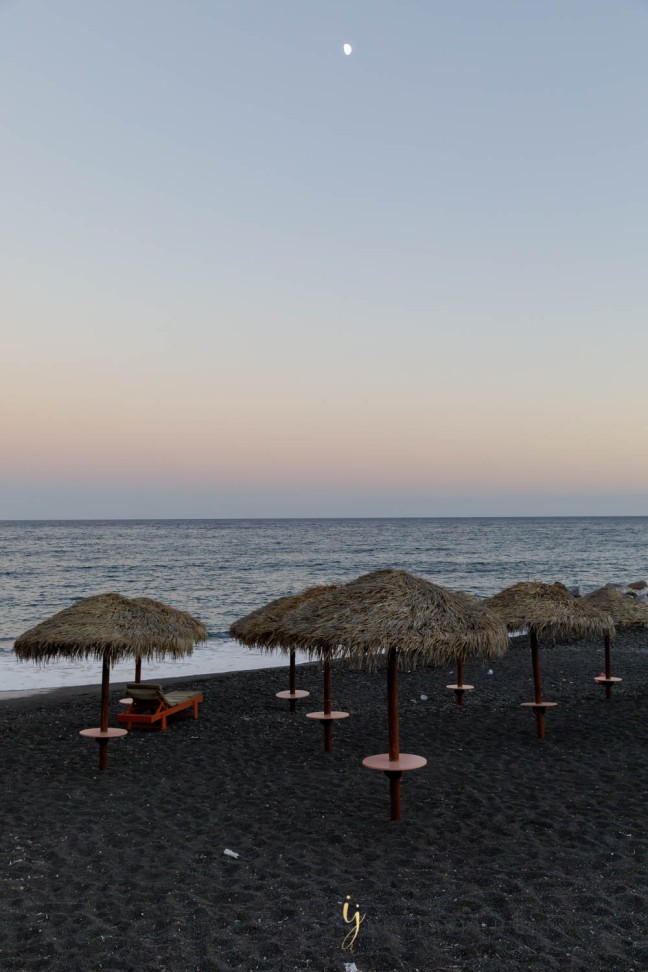 8 thoughts on “The Gorgeous Views of Santorini”